Content Warning: In my discussion of fantasy I talk about the challenge of discovering and embracing my sexual desires in light of my experiences as an incest and rape survivor. If that’s an issue for you, skip the section of this post about fantasy and go right to the EroticAdventure. 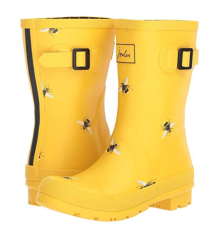 It’s a beautiful day, and I just ordered bright yellow rain boots, with bees on them. Bees! I wanted ones with unicorns and rainbows, but they don’t make those for grown folks. It made me sad until I saw the school-bus yellow pair decorated with bees.

There’s never been a better time to follow me on Instagram. I promise you’ll get a peek at the bee boots when they arrive.

I’ve loads to tell you this week, so let’s get started. 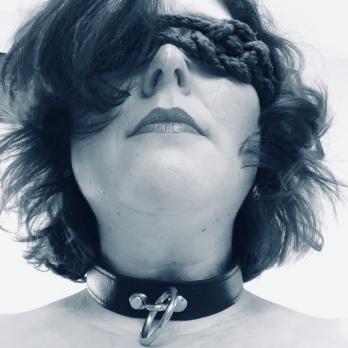 Today, I want to talk about fantasy because this morning I spun a wonderful one in my noggin and greeted the day with a shivery orgasm. After, I was thinking about how I learned to embrace the kinkier side of my sexual expression.

Fantasy has played a huge part in self-acceptance as I learned to embrace my sexual needs.

My sexual fantasies swing between kink and vanilla.

On the kinkier side I’m all about bearded daddy’s,  floggers, and St. Andrew’s crosses. Travel over to the PG-13 vanilla side of my brain and it’s all about the Observation Deck of the Enterprise (What? Vulcans are sexy).  I’m fine with that, in fact, I think it’s great, but it took years to learn to celebrate that part of myself.

Being an incest and rape survivor, there was a lot about sexual expression that I had to learn far later in life than most folks. My fantasies were the first place I let go of the shame I carried around about my sexual desires.

Pre-recovery I liked sex, liked, not loved because I wasn’t sure where the line between the fantasies I was groomed to embody ended and my own sexual expression and fantasy life began.

It was confusing as fuck.

Add to that the strange melange of post-modern feminism and the buckets of shame and prejudice that plagues the LGBTQIA+ and kink communities, and I was lost.

There were conflicting messages lurking everywhere.

Everyone had an opinion, from the books I read, the therapist I worked with, to friends and partners.My gravitation toward daddy kink and the submissive side of D/s play was either learned behavior or claiming my truth. And my switchy-Service-Queen-Dom side was either empowered sexual leadership or internalized oppression.

For fuck’s sake, I just wanted someone to tie me up, call me darling, and spank me.  Or find someone to bathe, feed by hand, and scratch behind their ears while they licked and kissed me from the tips of my toes to the top of my head. (I think I’d be an amazing puppy-play-mama. Don’t judge.)

Was that too much to ask?

It turned out it was, depending on who I asked, and no one was pointing me toward embracing and questioning the most important person in the equation: me. Folks who wanted “the best for me” were stripping away my agency by judging my sexual expression as wrong and damaging without asking me how I felt about it first. 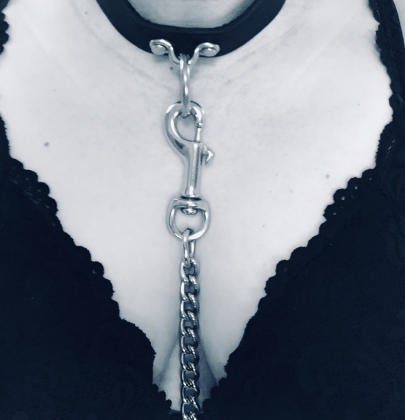 When I stopped listening to other people and started embracing my needs as a legitimate, healthy part of human sexual expression, I was able to release my shame. The first steps I took toward exploring and owning my sexual desires were in my fantasies.
I share all this to say, learn what makes you happy, what fulfills you and then give yourself permission to fantasize.

If being spanked turns you on, then imagine earning a rose-red bottom while you’re folded over someone’s lap with your skivvies around your ankles. If it’s suspending someone from the ceiling in an artful nest of woven ropes, then give yourself permission to go there.

And if something in your fantasies bothers you, find a non-judgemental, affirming therapist, and talk about it.

Use your incredible mind to explore your desires. Be fearless, it’s worth it, I promise. 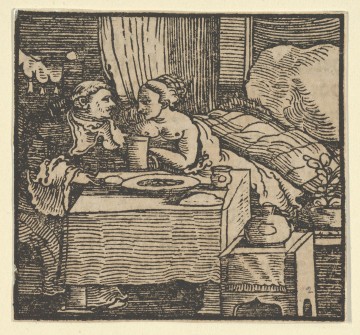 The EroticAdventure Week 15:
Traveling Tales to Pass the Time When You’re Fleeing the Black Death

White also pointed out that, at the time The Decameron was written, women’s literacy was on the rise. Boccaccio, a true subversive of the time, wanted to pen something that turned women on and made women’s pleasure a “constant presence” within the text.

Eternal thanks to Rachel Rabbit White, because “dumb dick energy” will now and forever be a part of my lexicon.

I’ve just finished the opening chapter. It’s a prose poem setting up the structure of the novel. I don’t have much to say, other than I’m excited to start digging into this beauty and seeing how a 14th-century male writer portrayed women, pleasure, and sexual expression.

That’s all for this week.

Be Well, Be Wonderful, and Above all Be You.
Anne

The Pride of Finding and Feeling Right

Daddy is a State of Mind

Thanks for subscribing! Please check your email for further instructions.

Any cookies that may not be particularly necessary for the website to function and is used specifically to collect user personal data via analytics, ads, other embedded contents are termed as non-necessary cookies. It is mandatory to procure user consent prior to running these cookies on your website.